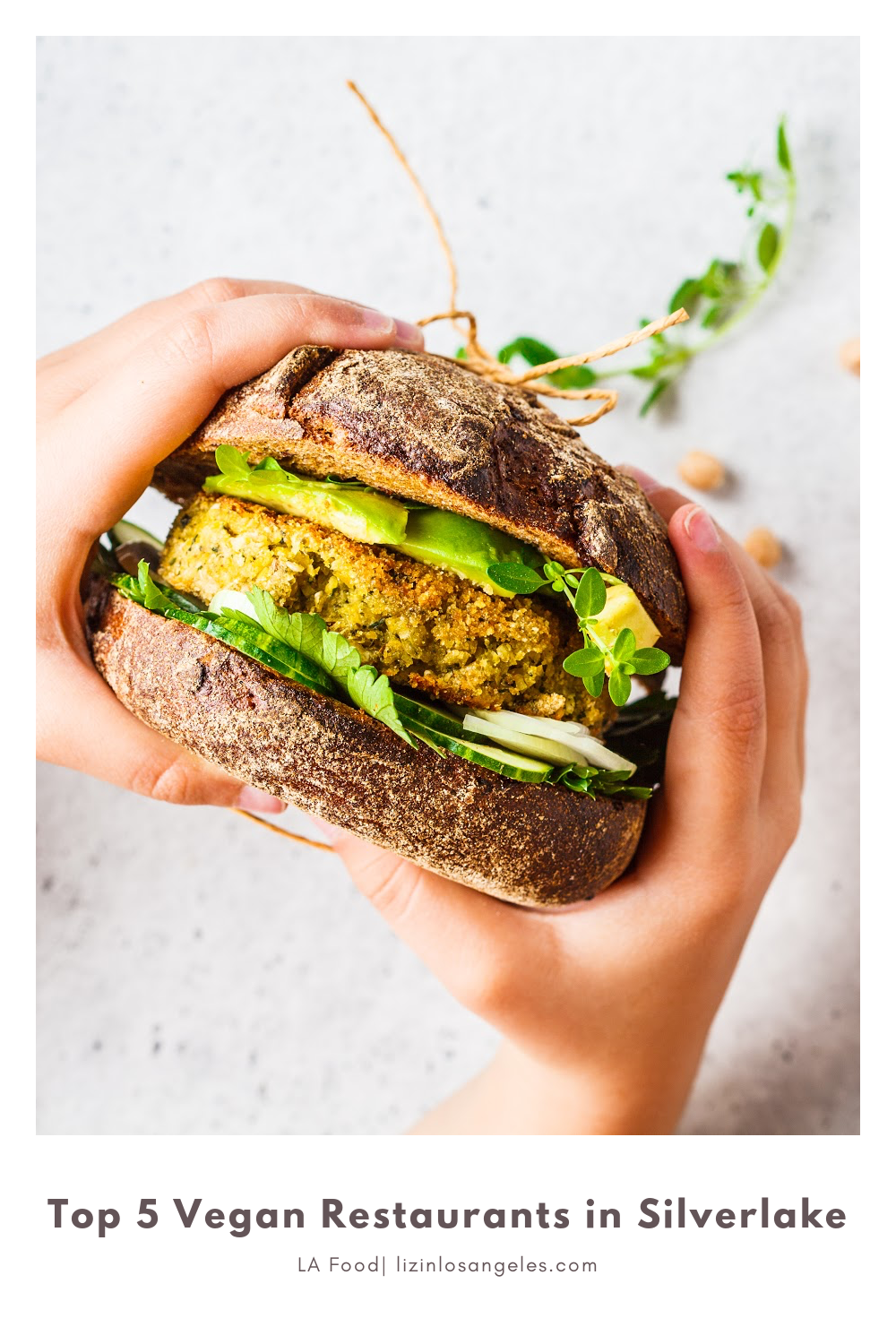 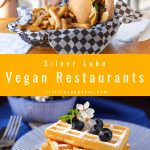 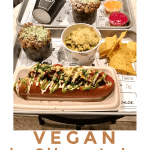 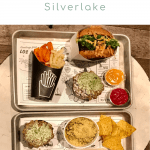 01. My Favorite Vegan Restaurant in Silverlake: By Chloe

I never eat at food fast restaurant chains but I make an exception. I love By Chloe in Silver Lake, CA. It’s my favorite vegan restaurant in Silverlake. The difference between By Chloe and all other food fast joints is that By Chloe is a colorful vegan, kosher, and gluten-free restaurant with a chic interior in Silverlake. The menu at By Chloe contains all the classic fast-food favorites but vegan. I love the Guac Burger with air-baked original and sweet potato french fries, Pesto Italian Meatballs, and kale artichoke dip.  For dessert, try the Matcha Blueberry Muffin.

Flore Vegan is a neighborhood favorite vegan spot. This homey vegan restaurant in Silverlake had an open patio. Flore Vegan has an extensive vegan menu with gluten-free options. They serve large vegan salads with fresh ingredients. But the sandwiches at this vegan restaurant are delicious, especially the Ruben. Everything here is super new not pre-packaged.

Mixt is a very vegan-friendly restaurant in Silverlake. The food at Mixt is locally sourced and the company is sustainable. Above all, you can customize your protein and sides plate or go all-in with a DIY salad. Most salads can be made vegan by substituting the dressing or by removing dairy or proteins. The Mixt Silver Lake location is so LA that it has a Salad Valet for curbside pickup of online orders. You don’t need to get out of your car at the Silverlake location. You will have your choice of watermelon on a stick, and a spritz of Fresh vitamin glow water. When was the last time the valet person spray your face with a multivitamin face mist?

Technically, Counterpart is a vegan restaurant in Echo Park but it’s only blocks away from Silverlake so I included it in this list. It’s too good not to. The vegan food at Counterpart never disappoints. The Cauliflower Mac and Cheese is to die for as much as the sea salt cold brew is raved about and the desserts are a must-have!

Monty’s Good Burger serves artisanal burgers. Finally, a vegan burger that any In and Out Burger fan will love. The Burgers are made from locally sourced ingredients, the sauces are house-made, and the burger patty is the plant-based Impossible Burger. This burger wouldn’t leave you in a food coma. Above all, the burger is juicy and the fries are crunchy, just perfect!

𝗦𝘂𝗯𝘀𝗰𝗿𝗶𝗯𝗲 to my blog to get my 𝙚𝙭𝙘𝙡𝙪𝙨𝙞𝙫𝙚 𝙫𝙚𝙜𝙖𝙣 𝙧𝙚𝙘𝙞𝙥𝙚𝙨 in your inbox. These are recipes from celebrity chefs at top Los Angeles restaurants, Cleo Third, Pacifique, and the Henry Restaurant. You can try this 𝗿𝗲𝗰𝗶𝗽𝗲𝘀 at home then order takeouts from these restaurants to compare. It’s a fun 𝗳𝗼𝗼𝗱𝗶𝗲 project. There are recipes for Beginners, Intermediates & Advanced. ⁣

What’s your favorite vegan restaurant? Let me know in a comment below!

« Top 10 Things to Know Before Traveling to Japan
What to Do After Publishing a Blog Post: 10 Essential Steps Never to Miss »